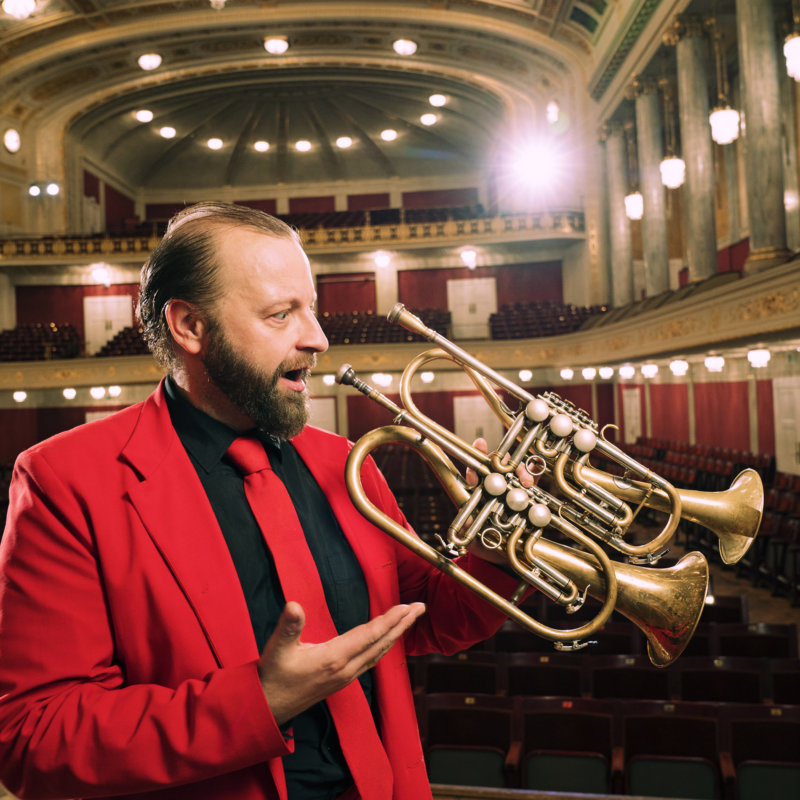 Thomas Gansch was born on December 31st 1975 in St Pölten, Lower Austria. He was raised in Melk, where he first learned to play the trumpet from his father Johann Gansch.

In his attempt to follow the footsteps of his half brother Hans, who, at the time, occupied the solo trumpet chair in the Vienna Philharmonic Orchestra he studied classical trumpet in Vienna for 6 years with two different teachers.
After having subbed in all opera houses, classical orchestras and contemporary ensembles in Vienna, he came to the most important conclusion in 1997: To do his own thing.

He dropped out of music university and went on to become a freelance player with “Mnozil Brass“, which he founded in 1992 and „Gansch and Roses“ in 2000 and is a regular composer for these bands.
Gansch also was a member of the famous „Vienna Art Orchestra“ for eight years.
Together with Austrian manufacturer Schagerl, he designed a special rotary trumpet called the „Ganschhorn“ and a Flugelhorn of the same kind called „Killer Queen“.