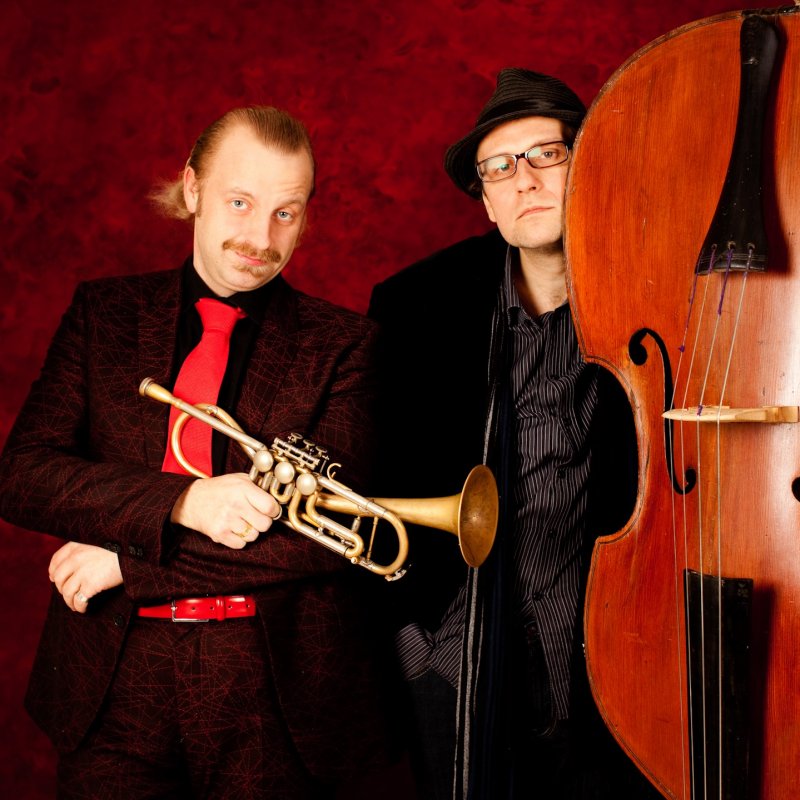 Thomas Gansch and Georg Breinschmid have a lot in common. They both come from Lower Austria and started as classical musicians, which made neither of them happy. They both love the Beatles, Monty Python, Jazz and Thomas Bernhard as well as violent fits of laughter, Dadaistic puns and nasty grimacing. Not least because of these common preferences, these two gentlemen developed a certain inclination towards a distinguished style of musical madness. The joy of playing and spontaneity of these two gentlemen could already be admired during their time with the Vienna Art Orchestra from 1999 to 2006. Since 2007, the two of them have been performing full shows on their own.

What particularly distinguishes both musicians – besides their professional skills and spontaneity – is their enormously broad range of musical styles. These two exceptional artists can slip into the roles of traditionalists at one show and dive deep into the world of improvisation at the next. One day they might focus on world music while on the next day they cross over into Blues or Pop territories. Shimmering, versatile, virtuoso (just like their projects ‘Mnozil Brass’ or ‘Brein’s Café’), the duo Gansch/Breinschmid is a unique experience – live as well as on record.