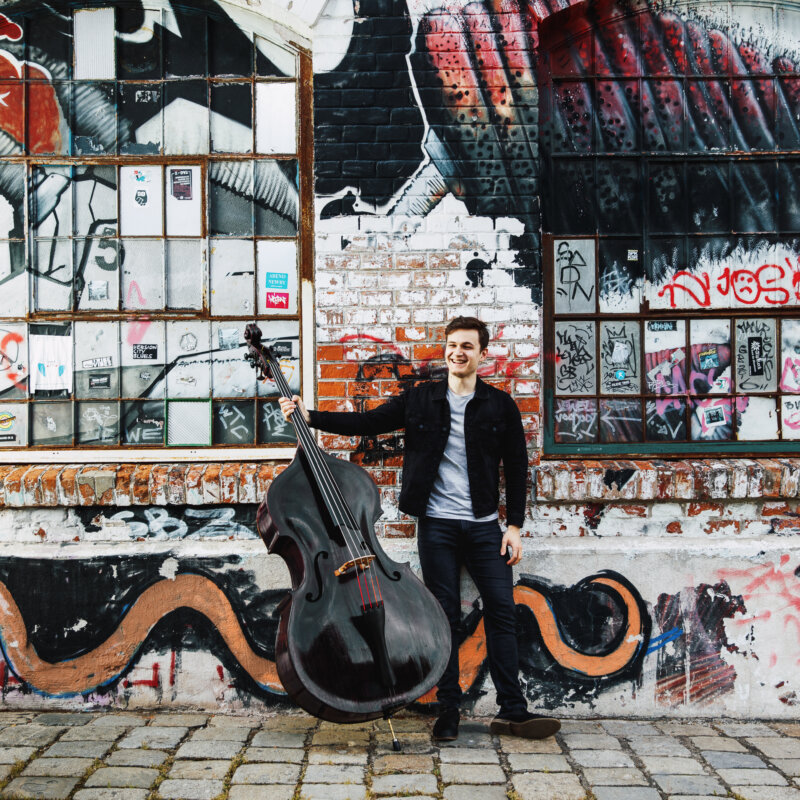 As a scholarship holder of the Anne-Sophie Mutter Foundation and ECHO Klassik Prize winner, the young double bass player Dominik Wagner is well on the way to presenting his instrument internationally in new facets. He is a prizewinner in almost all double bass competitions. His successes in the renowned ARD music competition and the Eurovision Young Musicians competition should be emphasized. In the latter he represented Austria and played Serge Koussevitzky’s double bass concert with the WDR Symphony Orchestra in the final. This performance in front of Cologne Cathedral was broadcast live across Europe. Dominik has also appeared as a soloist with orchestras such as the Bavarian Radio Symphony Orchestra, the Munich Chamber Orchestra, the German Chamber Philharmonic Bremen, the Slovenian Philharmonic and the South West German Chamber Orchestra Pforzheim. That led him to concert halls such as the Musikverein Wien, the Konzerthaus Wien, the Konzerthaus Berlin, the Herkulessaal Munich, the Elbphilharmonie Hamburg and the Glocke in Bremen. Dominik recently celebrated a great success in the USA.