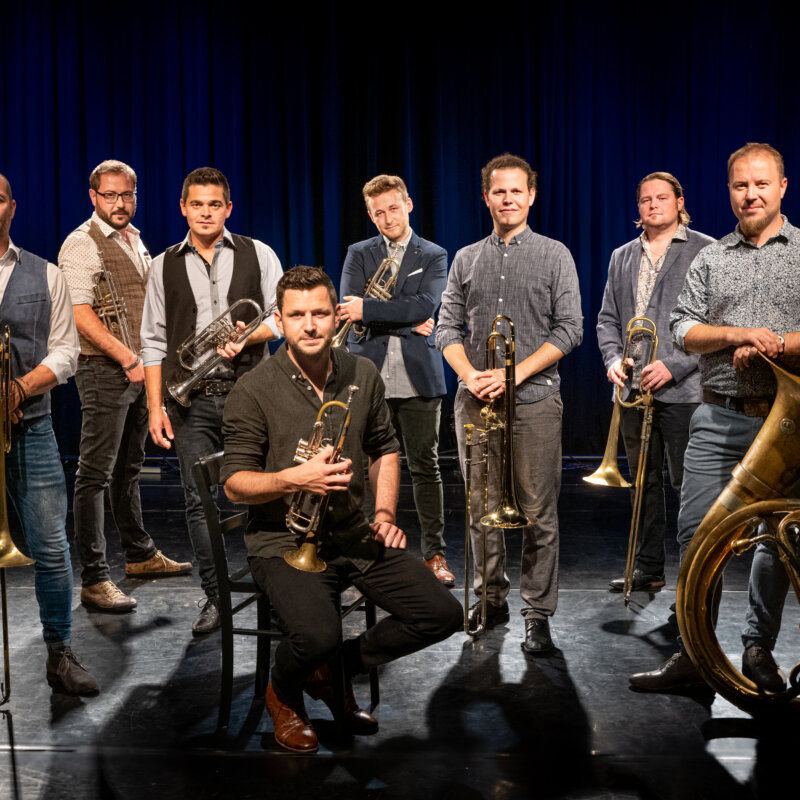 There are virtuoso trumpeters who jump through the registers with quick tongues, nimble fingers, precision and absolute security. But there are also those who only touch with their sound and who sing rather than play on their instrument. There are also the high-note specialists, whose notes strike like flashes of lightning, and of course the creative types, who create a small composition with every improvised chorus. And then there is Christoph Moschberger who is not only very good at one thing, but also in many disciplines. Musically he is also as versatile as a cube: Whatever the challenge – as one of the few multi-stylists, the German trumpeter moves on any terrain with the surefootedness of a native. Why is that?

Even at home, Moschberger was always just “the musician”, without any genre boundaries: like so many brass players in Germany, Moschberger grew up in a brass band, but the new and different was always next for him. First he studied the well-known bravura pieces as a teenager, then he went to Cologne to study jazz trumpet. Meanwhile he played in almost all German radio big bands, but also tried his hand at dealing with popular music. That qualified him for use in wide-reaching television programs (on “TV Total” and “Sing my song – the exchange concert”) and on extensive live tours (with Gregor Meyle and Niedecken’s BAP, among others). Nevertheless, he did not forget his roots in brass music and has been playing Egerländer concerts again for several years – but now with “the original” around Ernst Hutter. His work clothes therefore range from tuxedos to traditional costumes.