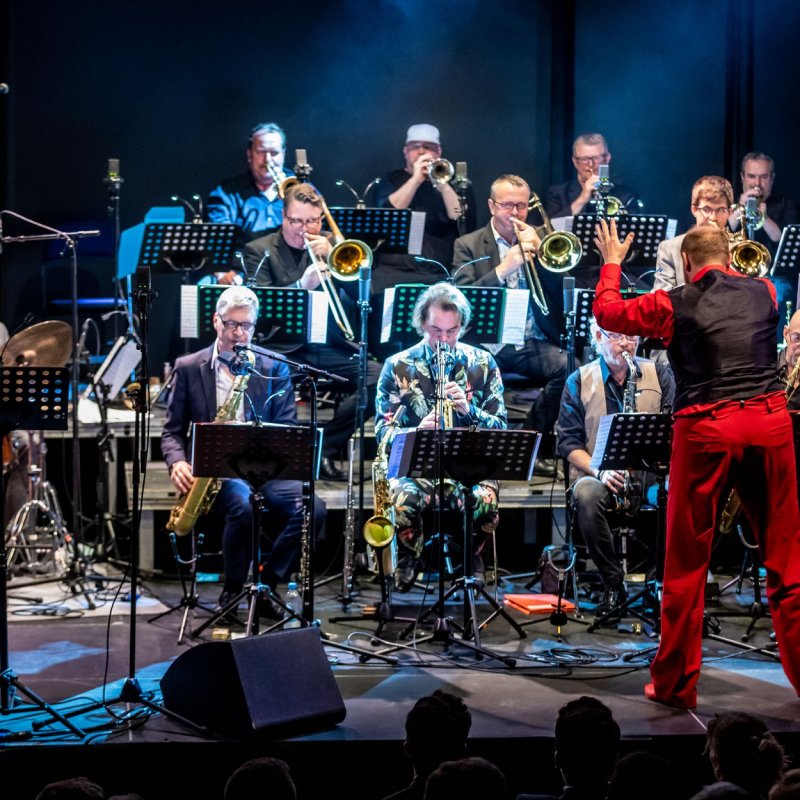 The Thad Jones / Mel Lewis Orchestra reinvented the big band sound in the 60s and 70s of the last century.
Jazz orchestra arrangements have never been so complex, and never before had such a body been more soulful.

The two great musicians Mel Lewis (1929 – 1990) and Thaddeus Joseph Jones (1923-1986), managed to create a new, totally independent sound with their formation, which is at the same time “heavy” and very light and which takes one while listening to a world of rhythm and blues in which one can no longer sit quietly.
The compulsion to join in, clap along and join in is hard to resist!

There is no greater joy for me than playing the Thad Jones / Mel Lewis Bandbook with this big band of musical companions and friends.