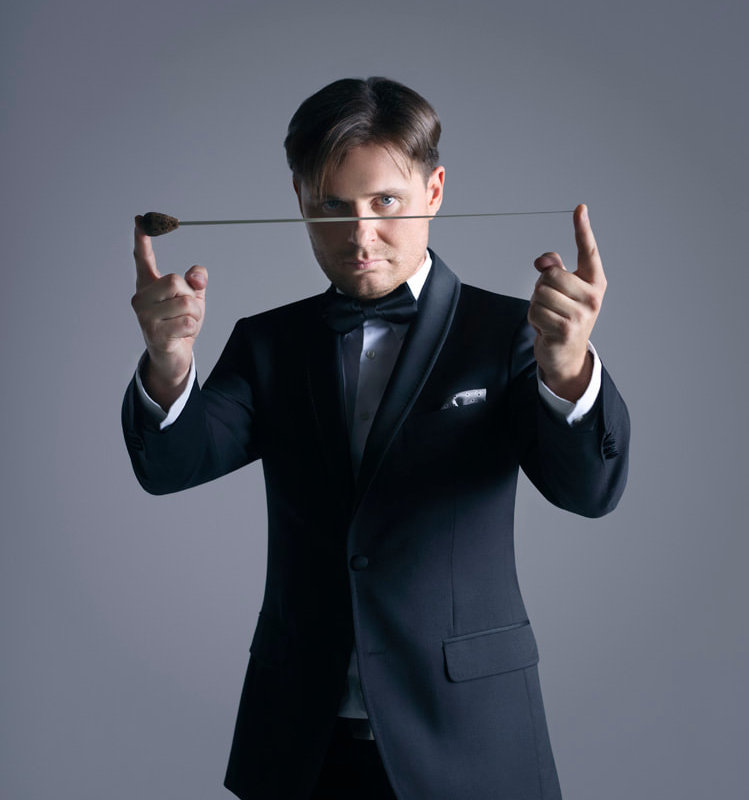 As a conductor he collaborated with such eminent soloists as Gidon Kremer, Martin Grubinger, Katia and Marielle Labèque, Xavier de Maistre, Lawrence Power, Erwin Schrott, Tomasz Konieczny, and singers of the Vienna State Opera among others.

Jurek Dybał is a founder and a director of the Krzysztof Penderecki International MusicFestival – Level 320 held in the historical hall of Guido mine in Zabrze. The artist premiered there a number of Pendereckis works.
His recordings can be found on the albums by Sony Classical and Warner Classics among others.
The artist is a a recipient of International Classical Music Award, Gramofon award (Hungary), Pizzicato’s Supersonic award and Joker of Crescendo magazine, two Fryderyk awards granted by the Polish Phonographic Academy, as well as Golden Mask award and Jan Kiepura’s Opera Award in The Best Conductor category for musical direction of enthusiastically received stage adaptation of Ubu Rex, an opera written by Krzysztof Penderecki.
Dybal’s operatic activities include productions from baroque master works of Telemann and Gluck through Kinderring – Wagner adaptation (production of the Vienna State Opera) to modern rarities of Grigorij Fried and Michael Nyman.