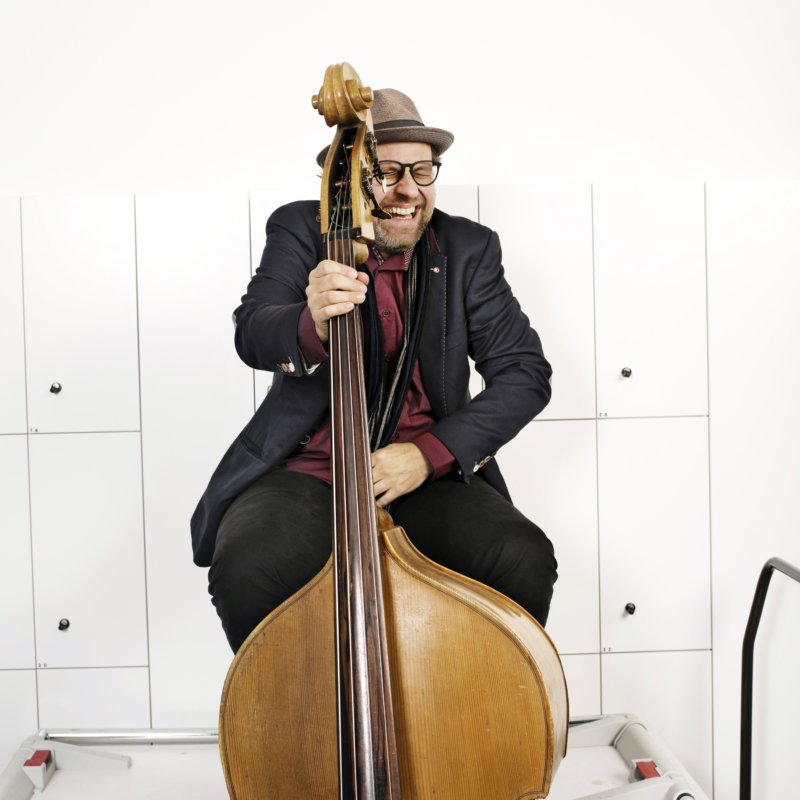 Georg Breinschmid was born in 1973 and lives in Vienna. He is one of the leading Austrian jazz musicians on the international stage, and one of the outstanding double bassists of our time.

Breinschmid studied classical double bass and was working as orchestra musician in Vienna, a.o.with the Vienna Philharmonic, from 1994-98. Since 1999 he established himself as one of the most versatile and virtuoso bassists of the international jazz scene. His unorthodox compositions at the interface between Jazz, classical and viennese music are considered as one of the most interesting developments in contemporary music.

His works are being performed by ensembles like The Philharmonics, the Stuttgarter Kammerorchester, Amarcord Wien, Bass Instinct and the Australian Chamber Orchestra. Numerous CD productions like „Wien bleibt Krk“ (2008) or the double albums „Brein’s World“ (2010) and “Double Brein” (2014) received rave reviews in Europe as well as overseas.