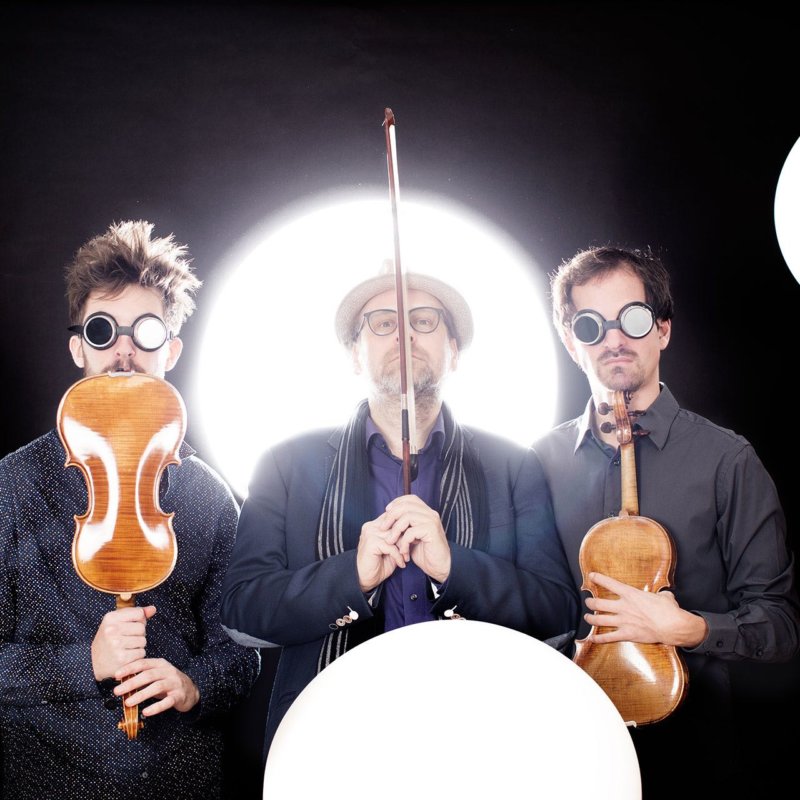 Infinite strings. These are the adventures of the trio First Strings On Mars, whose self-chosen mission is to discover new, infinite musical galaxies and, at the same time, to dissolve the boundaries of the genres between jazz, classical music and the Balkans.
The trio was founded after a furious debut performance at jazzopen Stuttgart in July 2017. The response and success were so great that the crew decided to continue the mission: compositions for strings with stirring virtuosity, touching, lyrical emotionality and border-breaking originality. Performed, moderated and conveyed with Dadaistic ease.

Georg Breinschmid, double bass, was hired by the Vienna Philharmonic after completing his studies at the Vienna University of Music and also infiltrated the jazz scene with Archie Shepp, Charlie Mariano, Biréli Lagrène, the Vienna Art Orchestra and many other ensembles. His intergalactic missions also led him to trumpeter Thomas Gansch, violinists Benjamin Schmid and Aleksey Igudesman, the Janoska brothers and countless other musicians and orchestras, for whom he also composed.

Florian Willeitner, violin, is already a multi-award-winning and highly recognized virtuoso of his instrument, composer and arranger, despite his young age and having just completed top-level master’s degrees at the Mozarteum Salzburg. He created works for well-known orchestras, festivals and soloists, including the Tonkunstler Orchestra Lower Austria, the Stuttgart Music Festival, star violinist Benjamin Schmid and tuba artist Andreas Hofmeir. His music is performed in renowned venues and festivals.

Igmar Jenner was trained at the Graz Conservatory and won the scholarship for the “Henry Mancini Institute” in Los Angeles. During his stay in the USA he worked in the studio and on stage, among others. with Vince Mendoza, Dave Liebman, Bobby McFerrin and Peter Erskine. He is the founder and director of the string ensemble “String Syndicate”, winner of the “Austrian World Music Awards 2010” with the duo Jenner / Mori. Since 2011, he is a member of the string quartet “radio.string.quartet.vienna”.