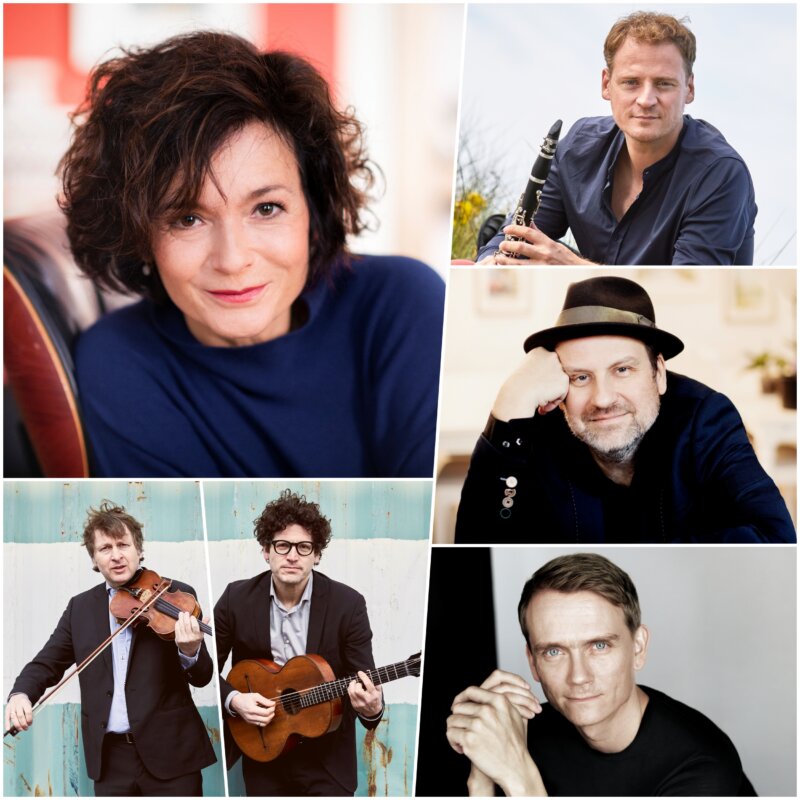 “Die Bande” has been making music together since 2014. Back then, Matthias Schorn, solo clarinetist of the Vienna Philharmonic and a passionate folk and all-round musician, had the idea of ​​gathering a few of his favorite musicians – Willi Resetarits, Georg Breinschmid, Jarkko Rihiimäki and “Die Strottern” – around him on stage. The idea: Everyone brings a few songs and pieces of music with them and these are presented in a wide variety of instrumentations. If somebody doesn’t have a certain role in a particular song, he can sit down at a small table in the back of the stage, have a glass of wine and celebrate enthusiastically.
Willi Resetarits steered his wonderful settings of H.C. Artmann and, thanks to his position as “Austria’s only real superstar” (copyright Ernst Molden), quickly became the heart and soul of the project. After Willi’s death, the same question arose for “Die Bande” as for all the musicians with whom he had made music: “What are we going to do now?” Willi’s answer would have been: “Just do something else, but keep going! ”
So the gang invited the wonderful actress Katharina Stemberger to read Artmann texts and related stuff. She was also closely connected to Willi Resetarits, last but not least she took over the chairmanship of his “Integrationshaus” a few years ago and put her heart and soul at his disposal. Otherwise everything stays the same: A few passionate musicians from different musical worlds celebrate life and music.

“Huzzah!” is a little bit a tribute evening to Willi. But not too much either, because Willi would probably also say: “Don’t give a fuck!” As charming and assertive as only he could.

Any changes to this text must be approved and approved by the artist or the agency!